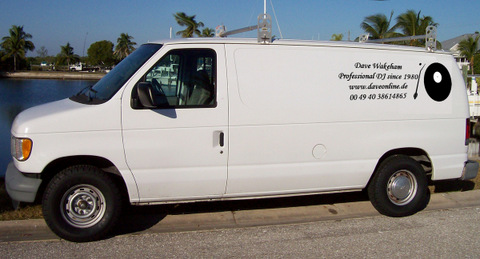 Working for various agents all over the place can be quite exciting but it also has its draw backs , especially being a foreigner in a foreign country not knowing the language, getting stuck when the car has broken down , having no work for a few months can also drain the bank account. It’s a very steep learning curve on self-management.

Starting in Scandinavia , Tromso is about 300 kilometers above the arctic circle and at the time about five British Disc jockeys worked in that city and many in surrounding areas would converge on the place to buy records. I found it fascinating that despite the weather everything was still happeing as normal , but obviously with a different infrastructure.